The following images and videos do not depict hacking, or even a plausibly realistic use of computers. I laughed, I cried, I wished I was watching something else.

"One keyboard four hands" is for piano, not computers.

"I'll spout a bunch of fancy words I don't understand, see if I can replicate a capability we should already have."

Edit: video removed due to copyright. "The Crack In The Code" episode of "Bones" featured a "fractal code" etched into a bone that when scanned caused the analyst's computer to burst into flames. There's so much wrong with this, I have to limit myself to just one: Computers don't catch fire from viruses. Period.

Watching a film or TV show shouldn't require me to ignore everything I know about computers. 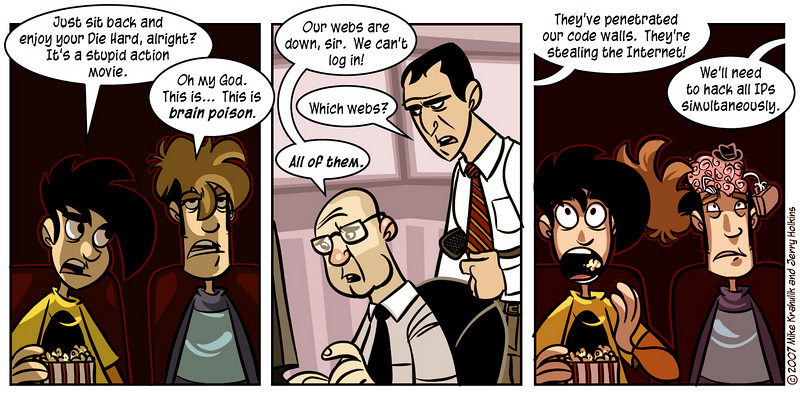